Today, as we celebrate the 30thAnniversary of the Battle for Hogwarts, I want to remember one of most prominent heroes of WWII – a great warrior, a real gallant knight and outstanding teacher, Professor Severus Snape.

Now a days most of his fans are teenage girls, who like to savor story of his lifelong love for Lily Potter-Evans, love, that brought light and hope in the darkest times and circumstances. 99% of of our memory of this man has to do with pity. Sometimes somebody could remember his bravery and noble courage, sometimes – his abilities in Occlumency (usually with negative connotations).

But Professor Snape was greater than the combination of these character traits – and we should keep this in mind when we`d try to figure out why Snape enjoyed the full confidence of Albus Dumbledore. Scarcely can we consider APWBD as a credulous person who could give his trust to anybody. Great Albus was very insightful and he was also a perfect Legilimentor, but his confidence in Snape was always rock hard. But why? Is it possible, that all this trust and confidence was based only on love? Maybe – in terms of heart willings. Though – what about capabilities, about competencies to complete such a tough task? Love guaranteed that Snape could not be a traitor, but a great spy as well as loyalty also needs a great mind. What gave Albus confidence that Snape would surpass Voldemort in the deadly game?

I think that Albus and Snape were related in the subtlest way – they were researchers, creators, scientists in the true meaning, those who invent and find something new. Maybe, only the two in Hogwarts.

Harry Potter told me that his first conscious meeting with Dumbledore was in the Hogwarts Express when Harry found his card in the Chocolate Frog. This card was the only one with modern wizard research capacities that made basic magic discoveries – and the twelve uses of dragon blood and works in alchemy by Nicolas Flamel. Alchemy! Very close to Potion-making!

When we learnt magic in Hogwarts we gained knowledges about lot of spells – but all of these were invented centuries ago. Teachers were primarily NOT researchers. As we can assume – long time ago Hogwarts became not a place of learning but a factory producing fees. Traditions instead of progress.

But we met two exceptions. Albus Dumbledore and Severus Snapes. We know, as it seems to us, a lot of APWBD researches and inventions. But what about Snape, his colleague and friend?

At the sixth grade Harry found old Snape`s Potion schoolbook with Severus` commentary. Also he found and used one spell that Snape invented by himself – Sectumsempra. But the real passion of Snape was Potion-making. His commentary added more than some improvements and refinements to the known Potions. Snape`s researches create a basis for several new branches of Potionology – because he opens the origins of the magic properties of many herbs, fungies and minerals.

Unfortunately, Wizard War II deprived him of the possibility to finalize his researches and complete his “Compendium of Potion ingredients”, that came to us in a scattered drafts. It could be the most fundamental work in Potionology ever – and it was not just an encyclopedia of known ingredients and their properties, it should also be a powerful push for new researches!

And Dumbledore, beyond any doubts, perfectly knew and valued Snape as a scientist, and he appreciated Snape`s sacrifice, when Severus choose way of the warrior instead of researcher.

For these days the Wizard community accept the situation is normal – Hogwarts School is a place for learning old knowledge, but laboratories are places for inventions. That`s why Hogwarts` citation index dropped to the 57 place in the last 30 years. That`s why many students go abroad for internship, and only some come here from other countries, and mostly for Potion-making! That`s why Borgin Laboratories hired hundreds of American, French , Indian, Chinese, Russian etc. engineers and scientists and put their production plants in Eastern Europe and Eastern Asia. That`s why foreign Durmstrang Wand Corp. acquired Ollivander`s Wandmakers company. That`s why most of Hogwarts graduates become Aurors, official functionaries or choose business affairs and only 18 of them for last 30 years came to the R&D Departments of Ministry of Magic. The MoM hire foreigners even for Defense R&D!

The R&D Department of St Mungo’s Hospital for Magical Maladies and Injuries brought us a lot of new cures and potions in the last years, but no one of them were their own attainment. HMMI created them in cooperation with the Svensk Institut Medicinsk Trollkarl, Académie de Traitement et de Soins de France, Russian Central Sorcery Research Medicine Institute named after A. A. Bogomoletz, US Sorcery Hospital of Benjamin Franklin etc. `Course, international cooperation is good, but – do British healers lead this researches or just follow their colleagues?

For the last 30 years the R&D budgets of the Depts of MoM decreased threefold. As SPEWR wrote before, Defense budget increased eight-fold for the same period. It looks like the MoM tries to transfigure the W-community into the herd of Throlls – strong but stupid. Joke. Or not?

These days “Hi-Mag”, as youngsters name advanced magic researches, is a last hope for the W-community to keep young wizards with magic. Icons of Hi-Mag, such as Dave Borgin, Dr. Dexter Occasium or Ms. Gabrielle Delacour, who invented the Heart-Repairing Ring, (for those whose heart was broken by love), are leaders and gurus for hundreds of talented and ambitious young wizards and witches. And they did more than the whole Ministry of Magic to prevent the “brain drain” from the Wizard community to the Muggles` world.

Try to ask your Ministry-employed neighbors about it. Maybe, even Mrs. Minister Hermione, as I would do. 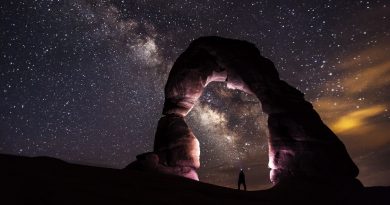 A Star Broom: Fantasy or Reality?