This week Ministry of Magic has given birth to new project, that shocked and surprised British wizard community – obligatory licensing of Seers!

We have never met such dilemma before – should we immediately stand against government pressure upon most fragile and susceptible part of wizards or just laugh on it from the very bottom of our hearts!

Let`s remember events of WWII, when Ministry turned up not able to ensure safe and security of prophecies, that were collected through the centuries, and mostly were not performed before destruction. A half dozen of underage wizards, accompanied by absolutely immoral Death Eaters and not less unreliable members of Order of Phoenix, have destroyed thousands of prophecies in a couple of minutes, and wiped off lives, efforts and hopes of generations of Seers!

And now, the same Ministry, the same Department of Mysteries, with the new Head, Ms. Romilda Vane, without any shade of shame and remorse, announces establishment of the Commission for Prediction and Divination, that will decide about whether Seer could make a prophecy or not, will these prophecies to be a real prediction or just a joke, what kind of information Seer could give out freely (sic!) and what secrets Seers should keep! Is it so funny for you as for me?

What the Commission can decide about it? What kind of wizards could be so overconfident, dumb and godlike self-conceit to accept membership in this ludicrous Commission?

Last time such tryout was made by well-known Dolores Umbridge, when ex-Senior Assistant was trying to put on probation Sybilla Trelawney, at that time – Professor of Divination in Hogwarts. We cannot deny that influence of this nervous situation could become a reason to arising of the second known prophecy, given by Great Sybilla. Though I wouldn`t want to give such hint to Ms. Vane – to create impossible atmosphere for Seers to increase their efficiency.

As all wizards understand, it is very rare and sometimes grievous gift to have a real Inner Eye. Even the mostly Divine-gifted Seers can make prophecies only a couple times through their lifetime. All Divination methods such as tea leafs, coffee grounds, crystal spheres etc., could only create some kind of synthesis for solution, based on known objects and cases. It is an easiest part for Inner Eye`s use. But the real prophecy, that comes from nowhere, maybe directly from the One-Who-Is-Source-of-All-Sorcery – how could it be assessed and checked before it will be performed or not?

Seers are making their own researches about influence of the opening of prophecy`s information on its performing, by the other words – is opened prophecy become performed by His will or by its partakers, ensured in imminence of described events by the opening of prophecy ipso facto? Still there is no exact answer for such doubts because of lack of comparable cases, in which prophecies were opened and covered accordingly.

Only this one small question should give you impression, what complicate and unstable magic Seers forced to use. My own great-aunt, Sybilla Threlawney, one of the famous Seers of our century gave out two or three confirmed prophecies and (one of very few!) was lucky enough to see its` performing in her lifetime!

Will this new-established Commission sit and wait near the Seer until the prophecy comes Would it`s members be so brave to get a risk to become a partaker of the prophecy, if it happens – because prophecies mostly arise near their objects? At the end – would Ms. Vane take part in Commission`s work by herself and with what ideas?

NEVER ATTRIBUTE TO MALICE THAT WHICH CAN BE EXPLAINED BY STUPIDITY! This phrase is known as “Hanlon`s Razor”. What could I add to these genius words? Let`s buy popcorn and wait for continuation! 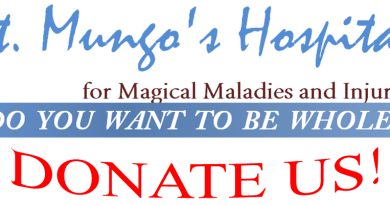 Do you need to be healed? Healers also need your help! 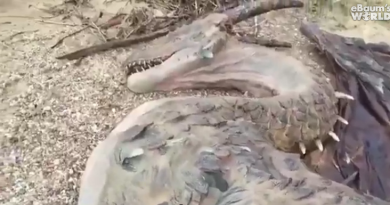