There Ain`t No Such Thing As A Prejudice! TANSTAAP! That is the slogan of the “progressive” United Wizard Party, whose leader Hermione Granger exploits the image and name of the Great Albus Dumbledore with might and main. Indulging minorities is a hackneyed political trick; you can even hear the clicks of a magic abacus counting how many Muggle-borns and Squibs will vote for the “Ardent Defender Of The Insulted And The Injured“. Of course, our “Not-So-Old Good Hermy” knows firsthand what it means to be Muggle-born, doesn’t she? She is Muggle-born, and she turned it into her shield and sword, with which she crushes inequality. Everybody knows about Granger`s S.P.E.W. (the Society for the Promotion of Elfish Welfare), S.C.A.M. (the Society for the Contribution for the Accomodation of Muggle-borns) and S.P.I.T.S. (the Society for the Prevention of Inequal Treatment of Squibs). Perhaps some other fund will appear during this election campaign – for example S.P.O.O.F. (the Society for the Permanent Overt Out-pulling money from the Fools). Hermy, if you want to use that idea, I give it to you for free.

But, seriously, being Muggle-born does not mean being “born with a silver spoon in your mouth”. Even in Wizard families the first 11 years of a kid`s life is a period of uncertainty and fear. Parents are afraid to get a Squib in the family. They are waiting for the child’s first outburst of magic. And they FEEL FEAR. Therefore, Neville Longbottom recalled the tortures that his uncle used on him, when Neville`s first magic outburst delayed. A simple question – what is the essence of magic? Of course, you know the answer. It is the Energy of Creation given by the Source-of-all-Sorcereryand controllable using it in the Primary World. Muggles` arts, science and creativities are the reflection of that Energy through the Secondary Worlds, because being a Muggle means having an inside barrier too thick to be broken out. Some Muggles with a little bit thiner barrier became a musicians, artists, scientists etc. But they still could never perform magic, that means they cannot overcome their fears – release free the Energy of Creation. That`s why Muggles prefer not to believe in “such jiggery-pockery” – abnegation is the simplest way to escape reality. This Muggles` habit of turning a blind eye to everything unusual is a much more reliable foundation of the Statute of Secrecy than all the efforts of Wizards to maintain it.

So – what can we expect from Muggle parents when their protective shields are crumbling from the uncontrolled magical outbursts of their child? Usually they start thinking that the kid is sick. Physically or mentally ill. Good parents start to heal their chidlren – or as the Muggles say, treat them. The release of magical energy occurs when the child is excited, alarmed or scared – this means that the best anti-magic remedy is to keep the child calm and drive him into a tight framework of discipline and self-control. Suppress the slightest “deviation from the norm” and make him believe in the need for such repression. In this case, all means are good – psychological pressure, the involvement of “specialists”, even drugs and the use of Muggles` “electricity“. That`s why our poor Hermione arrived at Hogwarts so blinkered and over-disciplined (as she still is). Let`s remember – for her the fear of returning to her parents was stronger than the fear of death. She did not make a single attempt to protect her parents, although, for example, 7 shelters, 4 members of the Order of the Phoenix and 26 Aurors who remained faithful to the Light were used to protect the Dursleys. Instead, she Obliviated her Mum and Dad, erased all their memories and feelings to the bottom of their consciousness. She created the new identities of a completely different family, perhaps exactly the kind of persons she would like to see her parents. There is not a single witness of how this happened, what was said and done by her then. And no, it is NOT funny.

I can remember a lot of similar cases.

Ms. A., aged 16, Muggle-born, almost a Squib when she arrived at Hogwarts. At the age of 5 she had an outburst of magic – when excited she Transfigured a pillow into a teddy bear. Her parents were shoked and started to “cure” her. Until the age of 11 she got 4 years in a “psyhiatric” clinic. When she got her Hogwarts` letter her mother became insane and was put in the same clinic for 6 months. For Ms. A the biggest problem was the struggle with her own imagination, which REPLACED her magic – the Lukin`s “Gluck” syndrome of experiencing internal content as an external phenomenon. The prohibitions of her parents taught her to hide magic in an imaginary Secondary World, thanks to this, she developed an excellent musical ability to play the violin. Her relationship with the wand is unstable, sometimes A. says she hates the wand, but any suggestions to replace the wand with another causes hysterical seizures. Still she has an addiction for Muggles` drugs, but new treatment methods developed in HMMI St. Mungo gradually ease her condition. Unfortunately, an essential part of these methods is the Obliviate spell – the removal of the most disturbing areas of children’s memory.

Another case – Mrs. G., 42. Single, never been married, with no children, lives with her mother. The first magic she performed at the age of 7 – she created an illusion of Acromantula to scare the neighbor`s son who bullied her. Her mother spent most of her money on 5 “psychotherapists” one by one. They convinced the girl that only way to keep herself healthy is strict self-control. So Ms. G refused tuition at Hogwarts and threw out the letter. She is under the control of the Ministry because of some magical accidents. She was never accepted by any wand. Most of her efforts are aimed at self-control and abstinence from magic. As a results, she had accidental outbursts when asleep. Because of this, she tried to NOT sleep, and got addicted to drugs and coffee. Last years she had several healing courses at HMMI St. Mungo.

Et cetera, et caetera – nomen illis legio.* Hell is full of good intentions, but heaven is full of good works, so say we all. So, as you can see, to find a Muggle-born who is a calm, healthy and respectable member of the W-community is the same as finding a four-leaf clover without an Accio spell. Perhaps some “prejudices” regarding Muggle-borns (or werewolves, for example) are still based on something, huh? The opinion of the author does not always and in all respects coincide with the opinion of the editors of SPEW Review.

Can Pink Be Darker than Dark? 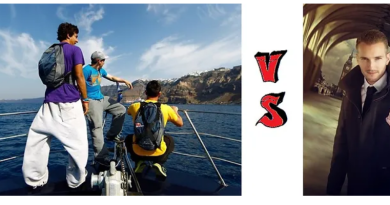 Wizard youth: tryout to understand them 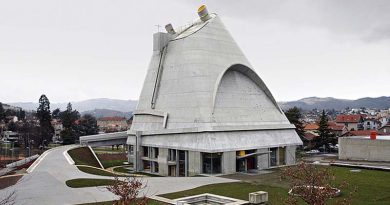