Day by day, the wizard community do research, produce inventions and developments in magic which should improve not only magic itself in its power and accuracy, but, first of it, improve wizards’ life. Make it better; make it more stable and safe. Of course, sometimes new inventions, such as increasing the power of the Confundus Charm, would increase risk and danger in our lives, and it is inevitable payment for progress.

Now, though, we want to discuss progress itself – will it grant us a better life, or will it undervalue it, and make it worthless? Let`s remember Dolores Umbridge`s speech on her first day at Hogwarts: “…without progress there will be stagnation and decay. There again, progress for progress’s sake must be discouraged, for our tried and tested traditions often require no tinkering. A balance, then, between old and new, between permanence and change, between tradition and innovation because some changes will be for the better, while others will come, in the fullness of time, to be recognized as errors of judgment.“

It is, of course, common knowledge that Mrs. Umbridge was sentenced to 7 years in Azkaban for her support of Voldemort and, on being released, she had completely changed her attitude, living now near the Forbidden Forest and still in a close relationship with Bane the centaur. However, even such people can give us some hints, some ideas that could be useful and applicable in modern life.

The previous year has given us a lot of new inventions – the Star A-Broom, the powerful Confundus Charm, a new cure for magical epilepsy (the uncontrolled performing of magic, that had been considered incurable for millennia and had been a source of continuous trouble for St. Mungo`s staff). We do consider, though, that the new self-magic iWand, produced and commercialized by Borgin Laboratories, is the biggest temptation and the most dangerous invention of all.

All of you have watched the promotion W-ideo trailer – the iWand can perform a lot of simple and weak magic without a wizard’s intervention. It will be helpful for homemakers, small businesses, office workers. The iWand can be trained to do laundry, loading, to keep papers in order, provide some kinds of W-connections etc. Dave Borgin has given a number of interviews concerning “the liberation of wizards from dull work” and the endeavour indeed looks good.

Nevertheless, is it as good as it looks? What are the many wizards with an A, or a P, or even a D at their Hogwarts’ OWLs to do with their lives? In the days before, they could hope to get some small jobs that would guarantee them not only a salary to provide for a humble but decent life. They could socialize, become part of society, part of the W-community, and feel themselves welcome enough, and well enough. Now that they have become redundant, they will have no choice but to beg the Ministry of Magic for unemployment benefits with no hope for a decent future at all.

Will they marry well? Will they bear children? Will they send their children to Hogwarts? Or will they rather become criminals, addicted to FireWhiskey or to Divination herbs, weak and alone? How many new wizards will not appear in the world? Just think – some of them could be as brilliant as Dumbledore, who was born into a poor, but decent wizard family!

Furthermore, we should understand that the idea of the iWand will inevitably develop, and students who get Es and even Os at their OWLs will very likely be in the same risk group in close future! Will the #W-community transform itself into some private club for the brilliant few, to only survive for a couple more generations and meet a sad end with the death of its members for lack of new participants? Or, will it rather end up in a chaotic world of unchecked W-gangs, the iWand destroying hopes and bringing nothing but despair?

What should we do, then? Should we declare the iWand out of law? It will be both stupid and impossible, we understand it. Should we create some restrictions for the iWand use? It will be no more than just a palliative, without any hope for effect. Should we improve the education system? It will certainly be pure demagogy, no doubt on that front either. Wizards AREN`T equal by nature.

Is there the way of progress in which human beings become rather more valuable than vice versa?

One Muggle writer, Kurt Vonnegut, wrote a novel called Utopia 14, in which he described a battle of common Muggles against their technical genius elite. The common folk inevitably lost the battle. However, he didn`t consider one small point – there will be no common Muggles. They will simply not be born and there will not be many consumers. Because the common folk, primitive as they will be perceived, will become unnecessarily redundant even as consumers.

So, will wizards choose this way, together with Muggles? Or, rather, can we find our own way out of this trap?

Let`s live on and see. 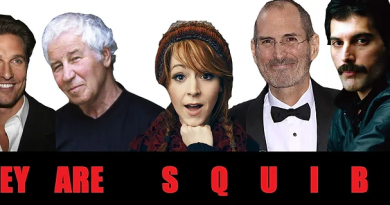 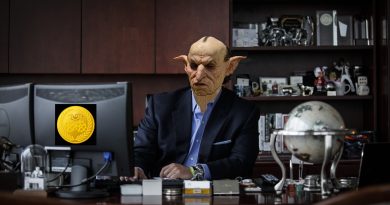 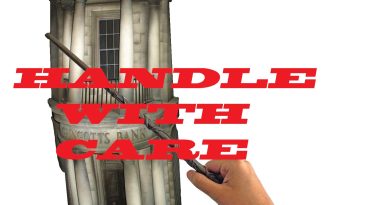 Attack on shrine: Do We Really Need Such Minister for Magic as Mrs. Hermione Weasley-Granger?